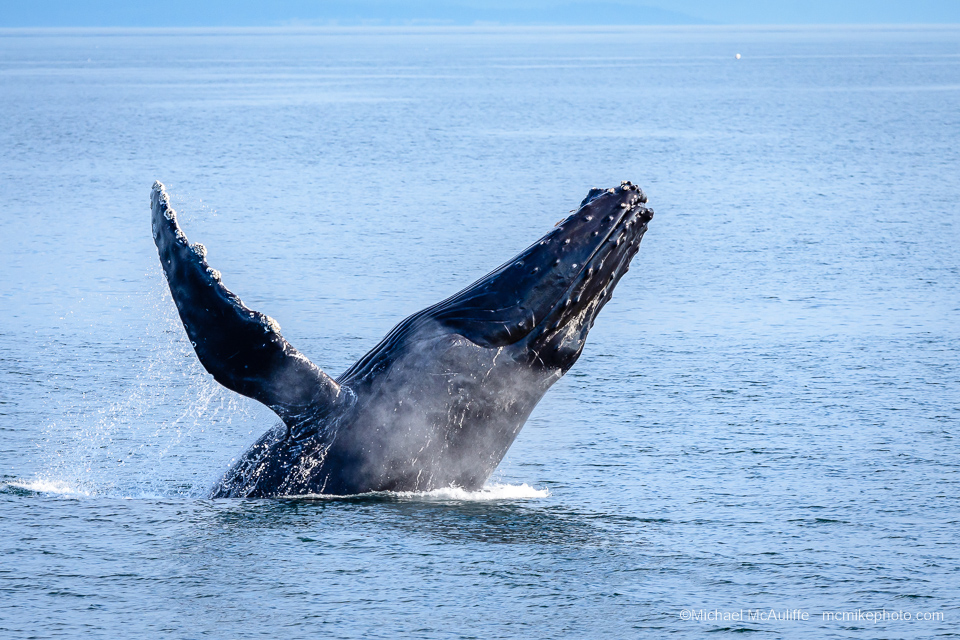 I have gone on a Puget Sound whale watching tour every summer for the last seven years or so and love these trips. It’s hard to beat a day on the water with a camera and interesting wildlife that includes birds, sea lions, dolphins and of course whales.

On every trip we have seen whales–some years quite a few, other years only one or two. One change over those seven years has been the type of whales that we see. For the first five years the local Southern Resident Orca whales were mostly what we would see. But unfortunately their numbers are dwindling and they are spending more time away from Puget Sound as there is less salmon–their primary food–in the area than there used to be. So the Orcas have been harder too find.

However, as the Orca sightings have declined, Humpback whale sightings have increased as more of them spend the summer in the area. On this summer’s trip with Puget Sound Express out of Edmonds, Washington, we were treated to an amazing display by one of these Humpbacks when it breached five times very near the boat.

Fortunately I had my camera ready and was able to capture a photo of the breaching whale, a personal first that took seven years to achieve. On a previous trip I captured a photo of a breaching Orca but its head had exited the photo, so not really a keeper. The photo above of one of the Puget Sound Humpback whales breaching is a keeper!