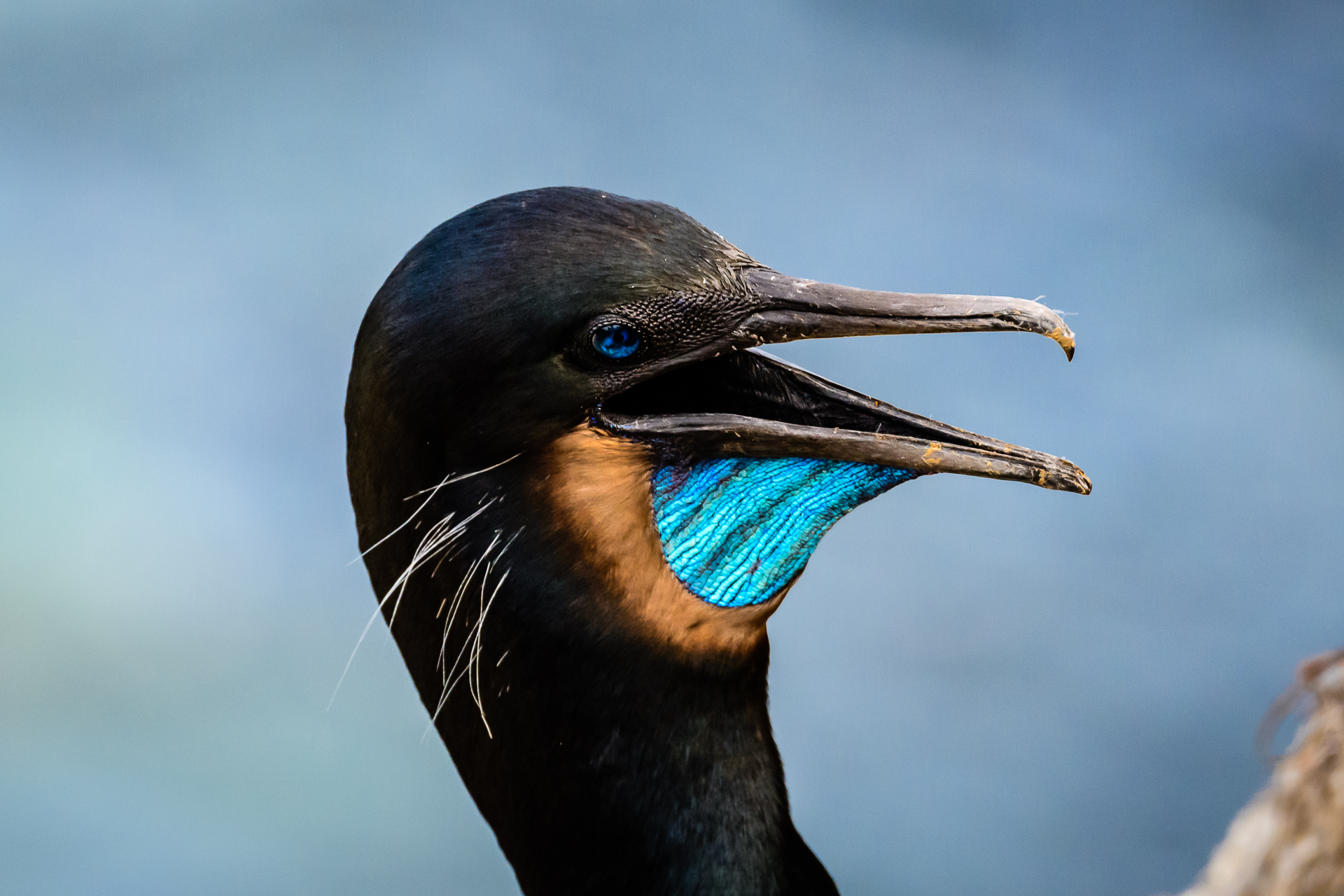 My last post was from La Jolla Cove near San Diego and featured Brown Pelicans. This post includes photos of breeding Brandt’s Cormorants at La Jolla. The photos were taken in mid-February, which turned out to be a great time to photograph both the pelicans and cormorants.

The birds were sitting on nests below the fenced sidewalk that runs along the bluff. It was quite easy to photograph them from the sidewalk with a 400mm lens.

As seen in the photo below, a few chicks had already hatched and were in the nests with their parents. The chicks look a bit like tiny dinosaurs!

I’ve been photographing birds now for about eight years but still marvel at the variety of these amazing creatures.