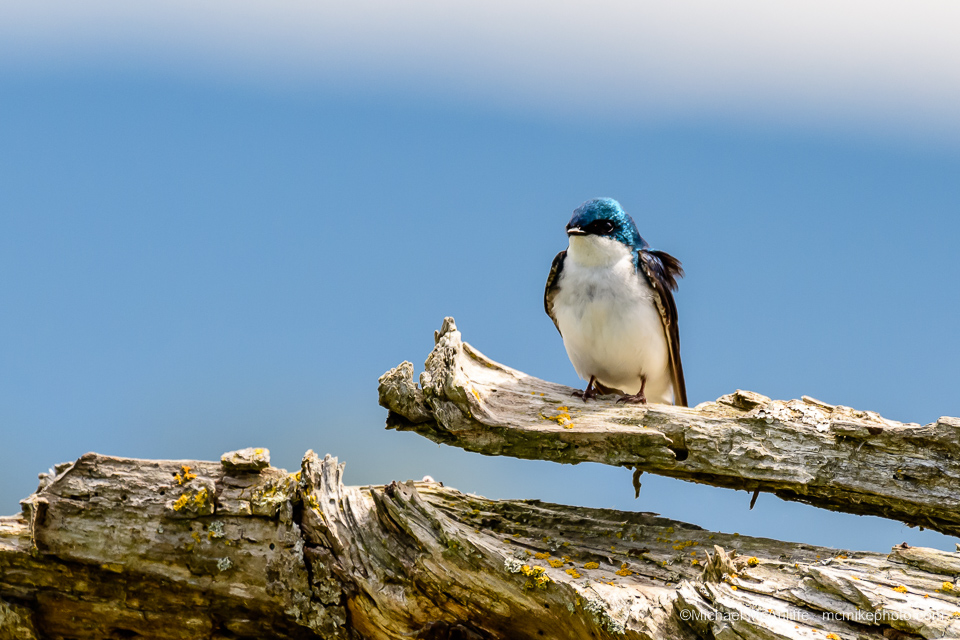 Last Sunday, after being quarantined at home for over two months because of the Coronavirus, we staged a quick jail break for the afternoon. On the way to the picturesque small town of La Conner we stopped at Wylie Slough in the Skagit Wildlife Area to see if there were any birds to photograph. Wylie Slough has a nice walkable path around some wetlands as well as plenty of trees and river habitat that attract a variety of birds.

Busy Tree Swallows swooping down to grab bugs and nesting material were the highlight of the quick visit to Wylie Slough. Tree Swallows are tough to photograph in the air but fortunately a few perched long enough for me to grab a few photos.

The birds aren’t very big and something longer than my 500 mm lens would have been better for photographing the swallows. Since I had to live with 500 mm, rather than closeups I took some environmental shots that include the surrounding habitat.

I was able to get fairly close to a nesting box next to the trail to take the closeup shot below of a Tree Swallow peering out of the nesting box.

Even if it was only for a few hours it was great to take some photographs somewhere other than my neighborhood for the first time in over two months!