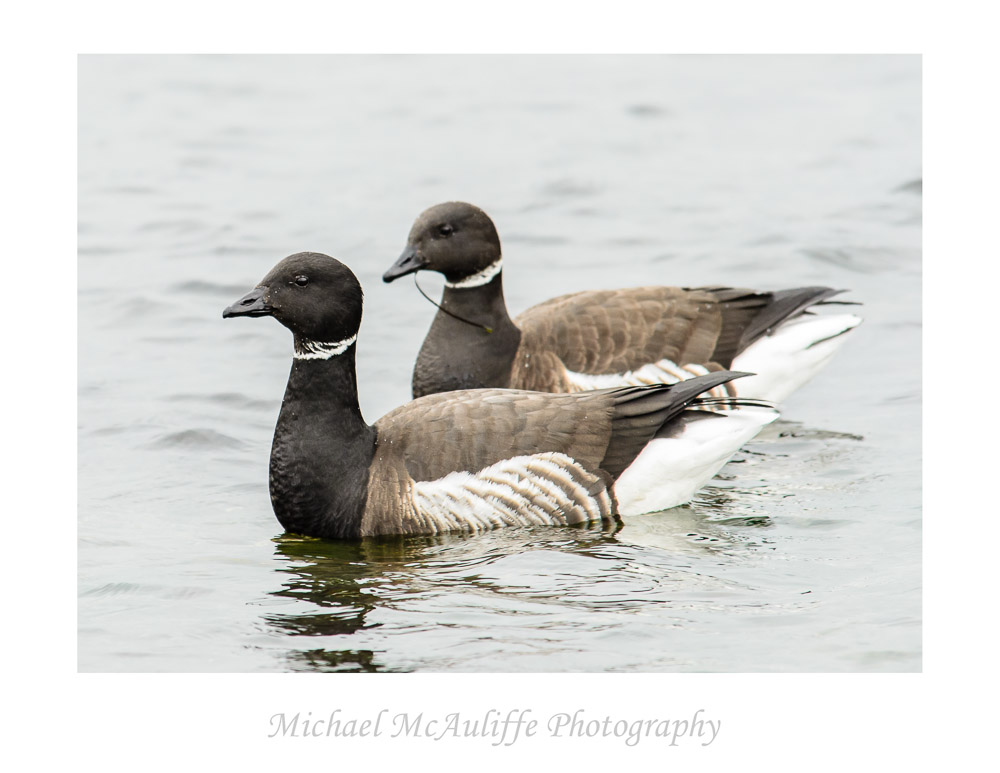 Two Brant on the Edmonds Waterfront

Several days ago I went on an excursion to the Edmonds Marsh to see what types of birds might be around to photograph.  It was midday, and things were pretty quiet, with the exception however of a large flock of Red Crossbills that were busily drilling into pine cones in the evergreen trees located in the parking lot near the main entrance to the marsh.  I had seen a flock of crossbills in these trees about 6 weeks ago, but hadn’t seen them since, so it was fun to see them back in the area.

I also visited the Edmonds waterfront, which was also pretty quiet.  There were however several Brant Geese just offshore, with two of them shown in the photo below.  On this day there were only three present, however recently I have seen a very large group of them there from time to time.

Some Little Backyard Birds For a Change: Chickadees