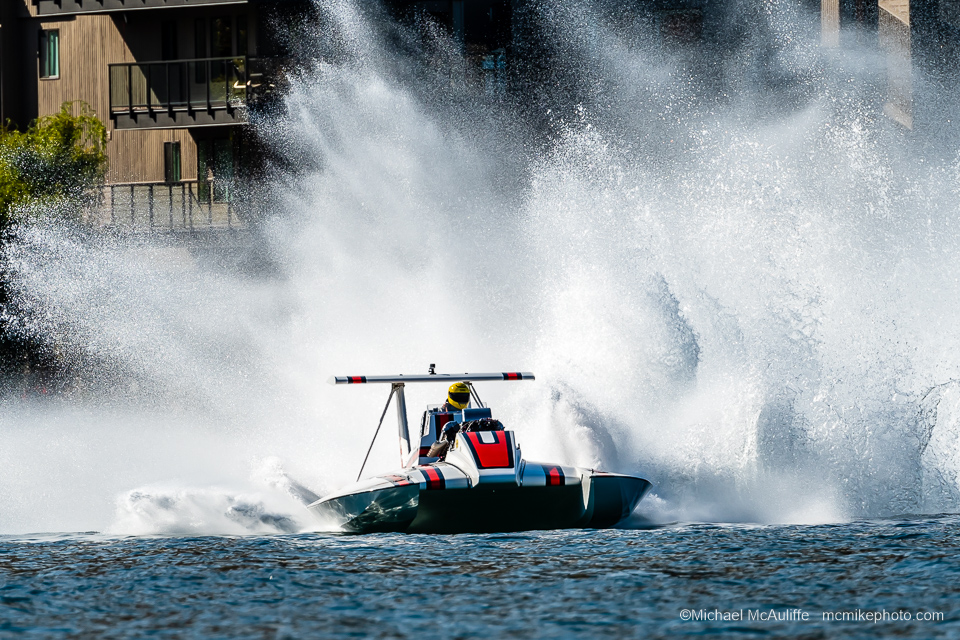 My photography is typically focused on wildlife or landscapes. This blog post is a little different. It’s about unlimited class hydroplanes on Lake Chelan.

One of the summer highlights in Seattle is the Seafair unlimited hydroplane race on Lake Washington. The race, first held in 1951, still draws over 100,000 people to the shores of Lake Washington each year.

The top boats in the 1970s and 80s were sponsored by the Pay ‘N Pak hardware chain and Budweiser beer company. The Pay ‘N Pak was my favorite boat and it was a thrill to photograph the boat last month at Lake Chelan. I was on the dock when the Hydroplane & Raceboat Museum brought the restored U-25 Pay ‘N Pak and several other vintage hydroplanes to Lake Chelan for the annual Mahogany and Merlot event.

The sound of the Pak’s piston fighter plane engine as it ran laps around Lake Chelan took me back to my childhood. Today’s hydroplanes are powered by turbine engines from military helicopters. These newer boats are fun to watch. However the whine of their turbine engines can’t compete with the growl of the vintage boats’ piston engines.

Before the Pay ‘N Pak and the Budweiser ruled the races, one of the top boats was the Miss Bardahl. These “Green Dragon” boats were sponsored by Seattle’s Bardahl Oil Company and were local fan favorites.

There were several generation of Bardahl boats including the 1962 U-40 in the photo above. This U-40 Miss Bardahl has been restored to running condition and also hit the water for Mahogany and Merlot.