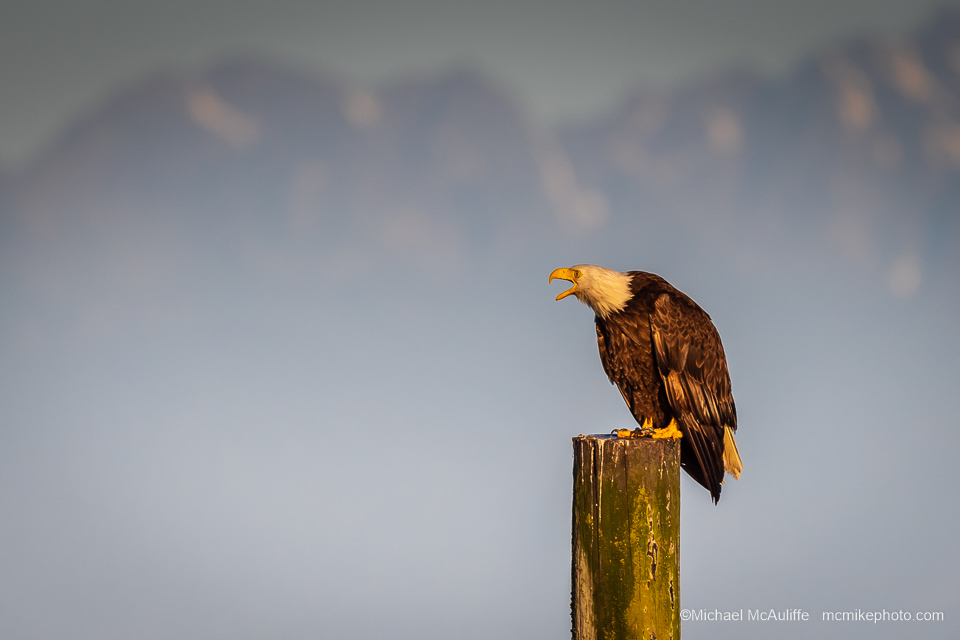 I know what it feels like to have a bad morning. So I could sympathize with this unhappy Bald Eagle I photographed a few weeks ago when the bird had a bad morning.

I live less than five minutes from the Puget Sound waterfront and often take my camera to Marina Beach Park for a morning visit. My main goal is to read my paper and drink my first cup of coffee (not necessarily in that order) but I often bring a camera because you never know what or who might be there.

As I walked onto the beach one morning last week this Bald Eagle was minding its own business on top of a piling about ten feet above the waterline. Just as I got ready to snap some photos, a group of Caspian Terns flew in and began to dive bomb the eagle. The bird quickly became an unhappy Bald Eagle.

The eagle shrieked at the terns a few times then took flight and soon disappeared in the eastern sky. I love the look on the eagle’s face. I imagine it may be the same cranky look I have some mornings before I get my coffee.

Photos of Rare Leucistic Bald Eagle on the Nooksack River