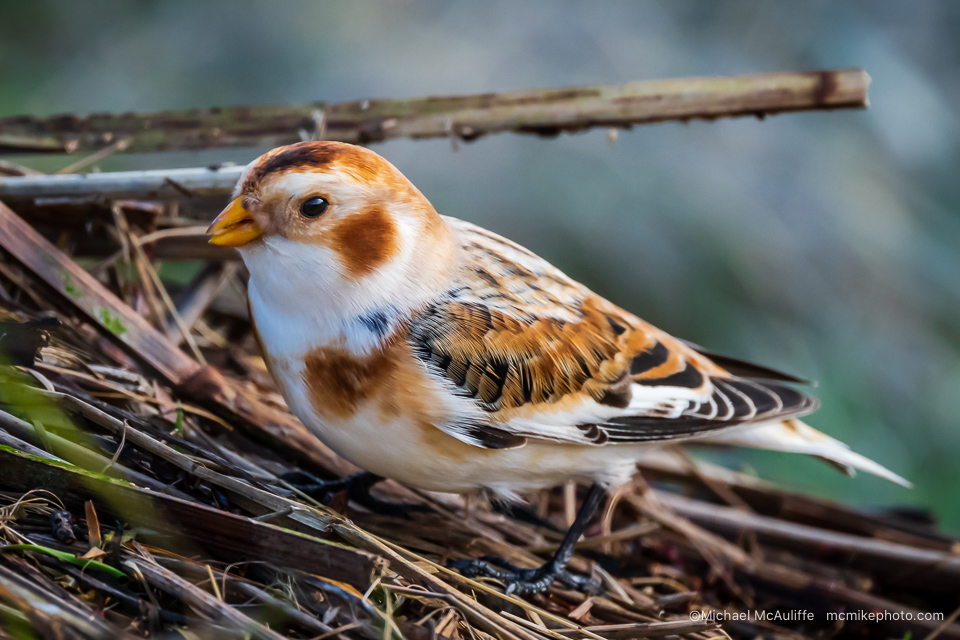 Snow Buntings are rare in western Washington where I live. So as a birdwatcher and photographer I jumped at a recent chance to photograph a Snow Bunting.

These little birds–slightly larger than a sparrow–breed in the Arctic but during the winter hang out in Canada and the northern United States. However their winter range is primarily east of the Cascade Mountains which doesn’t include the Puget Sound region.

In January a bunting was spotted on Leque Island Wildlife Area in Stanwood, Washington, only an hour from home. I grabbed my camera and went bunting hunting.

When I arrived at Leque Island around 10:00 AM the wildlife area parking lot was already full. Five or six other birders had already found the bunting so I didn’t actually have to do any hunting. The bird was just off the path foraging for seeds and didn’t seem to care that it was a local attraction.

Fortunately the bird was close enough to the path that I was able to get some closeup shots with just a 500mm lens. It was also somewhat sunny that morning, unusual for the Northwest in January, so the light wasn’t too bad for photographing the bunting.

The bird stayed on Leque Island for several weeks and became a celebrity with the local birdwatching community. Safe travels back to the Arctic little bunting!