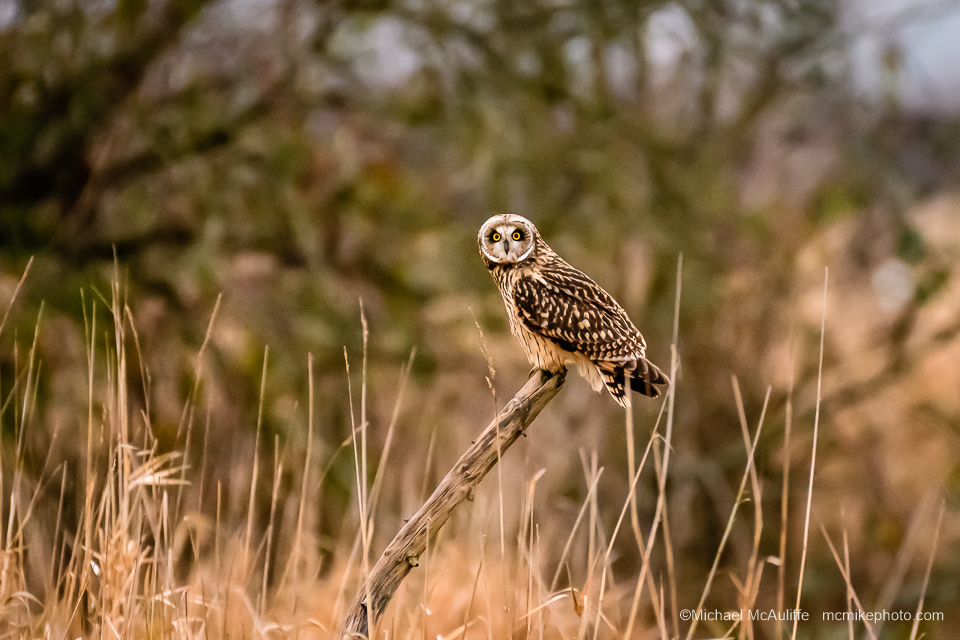 I have been fortunate to photograph Short-eared Owls for many winters at a location near Stanwood, Washington. These are some of my favorite birds to photograph and I was disappointed last winter when the owls didn’t come to the location on Leque Island where I had always found them. The area is being restored to its natural condition and work done the previous summer seemsedto have affected the area where the owls hunt. But this year the owls have returned and I spent a wonderful afternoon photographing them last week.

I knew I was in luck when I drove into the parking lot at the Leque Island Unit of the Skagit Wildlife Area and an owl flew in front of my car before I could even get out with my camera. For the next two hours I photographed the owls as they hunted in the nearby field. Much of the time they were too far away to get good shots but several times two of the owls moved in and hunted quite close to where I was standing. With a 500mm telephoto lens I was able to get a number of closeup shots. when the owls headed in my direction.

It’s challenging to photograph Short-eared Owls as their coloring often blends in with the background and they often are flying late in the afternoon when there isn’t great light. Fortunately modern digital cameras can shoot very well at fairly high ISO settings and software like Adobe Lightroom is magical at removing noise that results from shooting at high ISOs.

Here are a few photos of the owls. Check back later as I’ll put some more shots in my next post.

Short-eared Owls at the Samish Flats