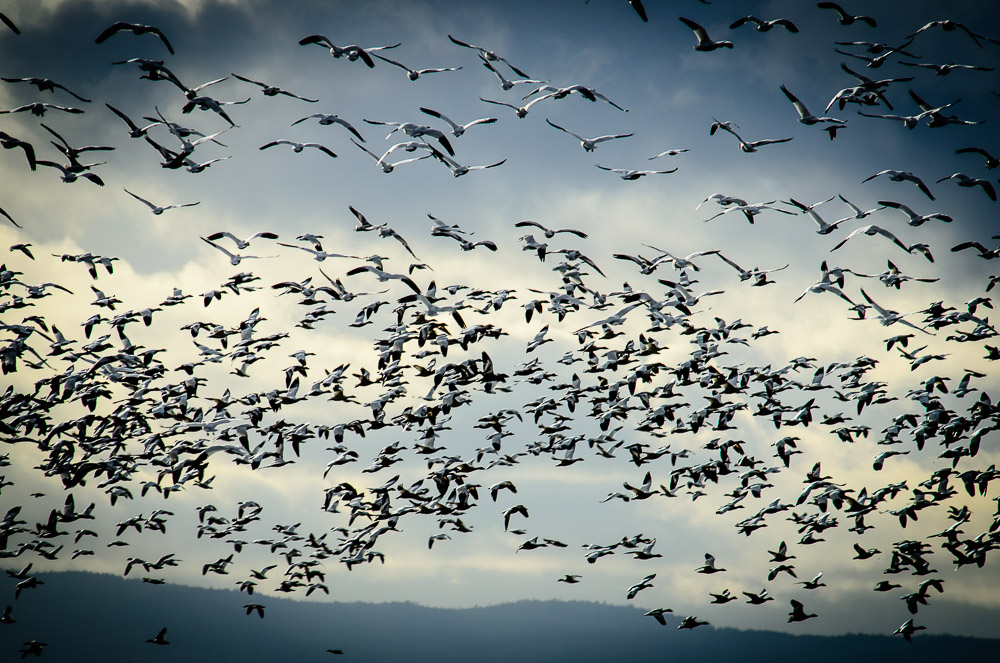 A previous story on the website detailed a December visit that I took to the amazing George C. Reifel Bird Sanctuary in Delta, British Columbia, and included photos of Sandhill Cranes.  During this same trip I also had the opportunity to see and photograph for the first time a Northern Saw-whet Owl and a huge flock of Snow Geese.

The tiny little Saw-whet owl was up in a tree eating a mouse, and the picture above is of the owl with the mouse. After finishing his snack, the owl then proceeded to take a nap, not unlike many of us who also feel the need for a nap after a nice lunch!

There was also a very large flock of Snow Geese at the sanctuary that day, and it was an amazing sight to see hundreds (or probably more like several thousand) of these birds rise from the ground to the sky in unison when several bald eagles overflew them as they sat on the ground near the water.  They also produced an incredibly loud noise as the huge flock honked and flapped their wings as they took off from the ground.

This is just a small sample of the many types of birds that can be seen at the Reifel Sanctuary.  If you are interested in birds and nature it is definitely a location not to be missed if you are in the Vancouver, British Columbia area in the future.